IS THIS THE PERFECT INVENTION TO HELP WITH POSTURE?

Here at Goodwin Smith, we are not one to mock, scorn or ridicule. We're a platform of fashion and lifestyle not humiliation.

Yet there comes a time when something pops up online and the immediate response is 'right, fuck off'.

When this story spread across social media it was one of those moments.

The MailOnline recently reported the story of LEX - a 'Bionic Chair that enhances posture, comfort and life!'

The guys behind the product have so far raised $143,192 of their $50,000 goal on crowdfunding platform Kickstarter.

The idea was to 'create a chair that allows you to rest anywhere you want with a posture that creates a positive impact on your body.'

No matter how practical or beneficial the creators claim it is, it's hard to imagine anyone ever walking around an office with a step ladder strapped to their arse.

Picture the scene: you're strolling across the office when your boss spots you.

He walks up and asks if you have a moment to discuss some important figures.

As he's finishing you've already unfolded the contraption strapped to your buttocks.

In a mid squat you peer up at him and with a straight face say: 'Sure, sure, sure, I understand the concern, those particular numbers don't take into account...'

He looks down, mouth wide open, and says, 'Sorry, are you having a shit or doing street art?' 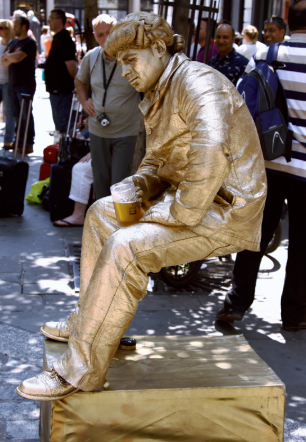 'Oh this...it's my exoskeleton that helps with posture, breathing and back pain,' you reply.

'Right, fuck off,' he says and kicks one of the legs out from under you.

You could tell him it even comes with something called a 'load distribution module' - a little platform that lowers the stress of your backpack. When you think of the money the NHS spends on treating back pain each year plus the number of workdays lost due to a bad back then the LEX guys may actually be onto something.

Online, however, the invention has been met with mixed reactions.

'I like how the dude can sit to wait for a bus but once he gets on the bus he'll have to stand. Brilliant stuff here,' wrote @Cee4our on Twitter. Another commented that a realistic demonstration of the chair should include the user 'moving chairs everywhere he goes' and 'never going to the bathroom.'

Lars Gonaards from Chester wrote: 'On soft ground you would just sink.'

Patricia from San Diego wrote: 'This could have practical application for people with disabilities.

'It might look silly to an able-bodied person but to someone who is unable to stand for more than a few minutes, it might be a god send...'

And Alan Gee from Newcaster-upon-Tyne agreed with Patricia writing: 'This gadget would be of great benefit to those who have difficulty walking, as there are not a lot of places to sit down and rest.'

If the TV quiz show QI is anything to go by, the best posture to adopt, while seated, is a sort of mid slouch as explained by Stephen Fry.

While you're thinking about whether or not to preorder a LEX, copy the stickman seated in the diagram with the green tick. 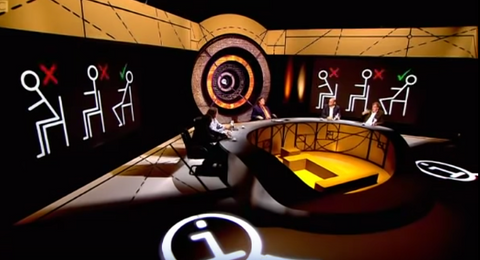